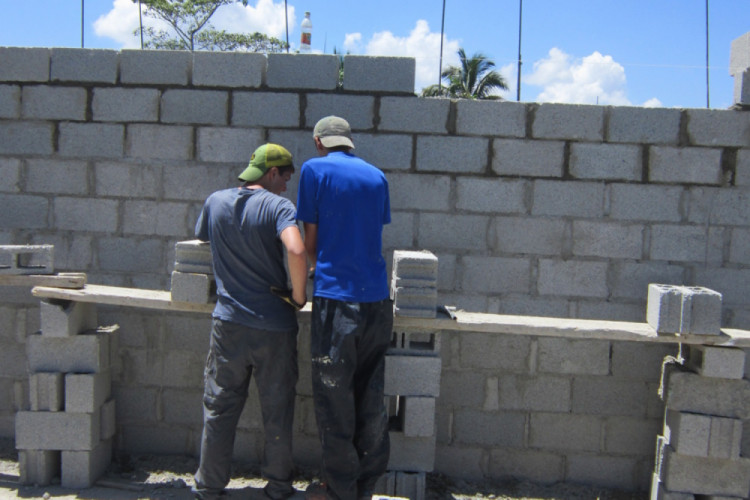 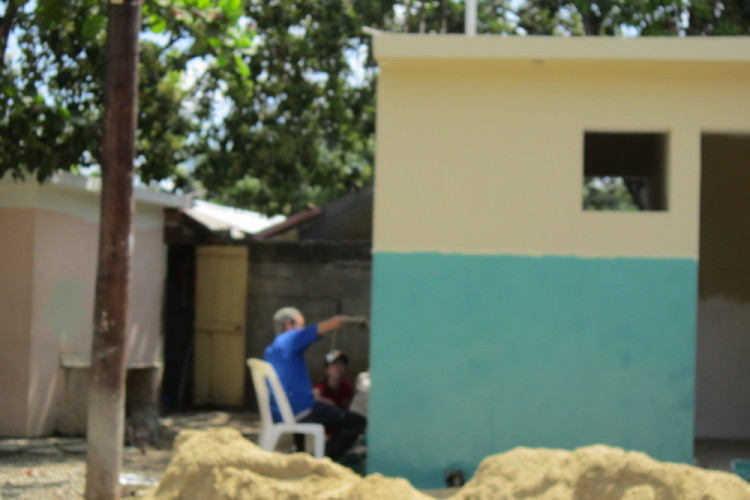 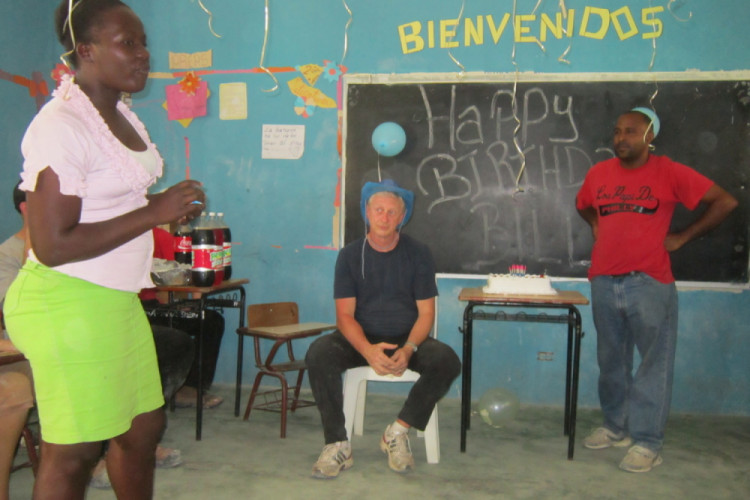 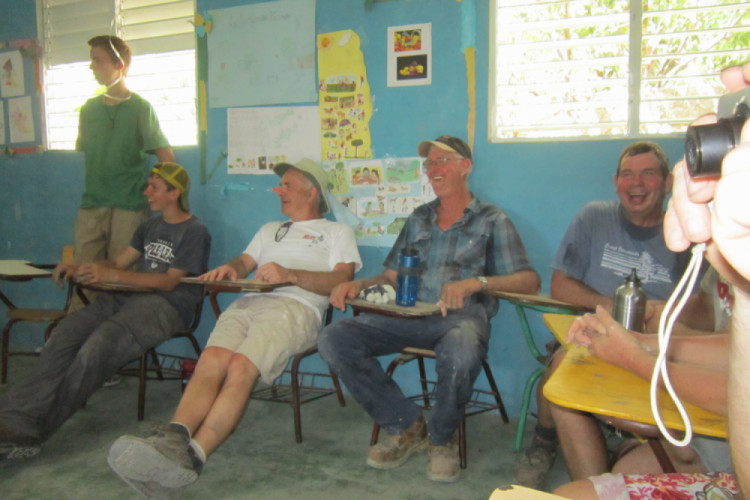 I`m sorry about the delay in blog posts, but the internet has been down a lot here lately.  The power often goes out here several times a day, and the connections have not been good.

The school grounds were much quieter today, as the children are not in school this week.

Ten of the students from Rachel's group joined us at work again today, some of them had been on thursday and some had not been before.  It was good to have them around, as they added energy to the group.  Most of us spent most of the day laying blocks and mortar on the walls, and significant progress was made.  It was a great sight to see!  Most of the blocks got used up.  :)  Also some of us spent time painting more classrooms and also the bathrooms and storage area.  We took long breaks today because it was very hot and humid.  It was nice to spend time chatting with the teens and getting to know them a bit.  Around 3:00 Victor came around and told us that the cooks had planned a special birthday party for Bill, and so they wanted us all to meet in a classroom.  So while Bill was off by himself in a room painting, we all scrambled into the classroom.  We got to sit in the desks which made me feel like a school kid, and the desks were very small.  There were balloons on the ceiling and a birthday cake specially made by the cooks.  When Bill stepped in, we all started singing Happy Birthday, and he was so surprised.